Ignaz Mildorfer (1719 -1775) , a student of Paul Troger, created his first large independent work on the ceiling of the Hafnerberg church in 1744.

He received the order via the mediation of Johann Nicolaus Moll, who had been responsible for planning the high altar the year before.

The central programme of the fresco is to show God`s plan of salvation for the redemption of the humans and the role of Mary in it.

The painting is divided into three levels: a central heavenly zone and two encircling circles, each of which can be viewed from four directions.

Four displays with graphic explanations will help you to immerse yourself in this story.

Follow the numbers, go twice in circles and immerse yourself in Ignaz Mildorfer's wonderful baroque world of images!

With financial support from: 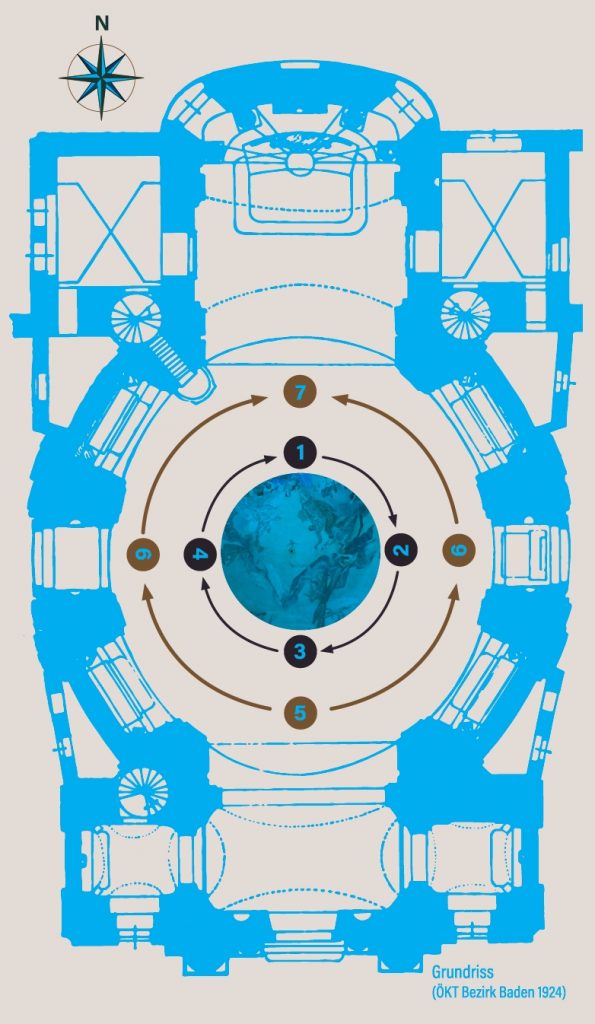 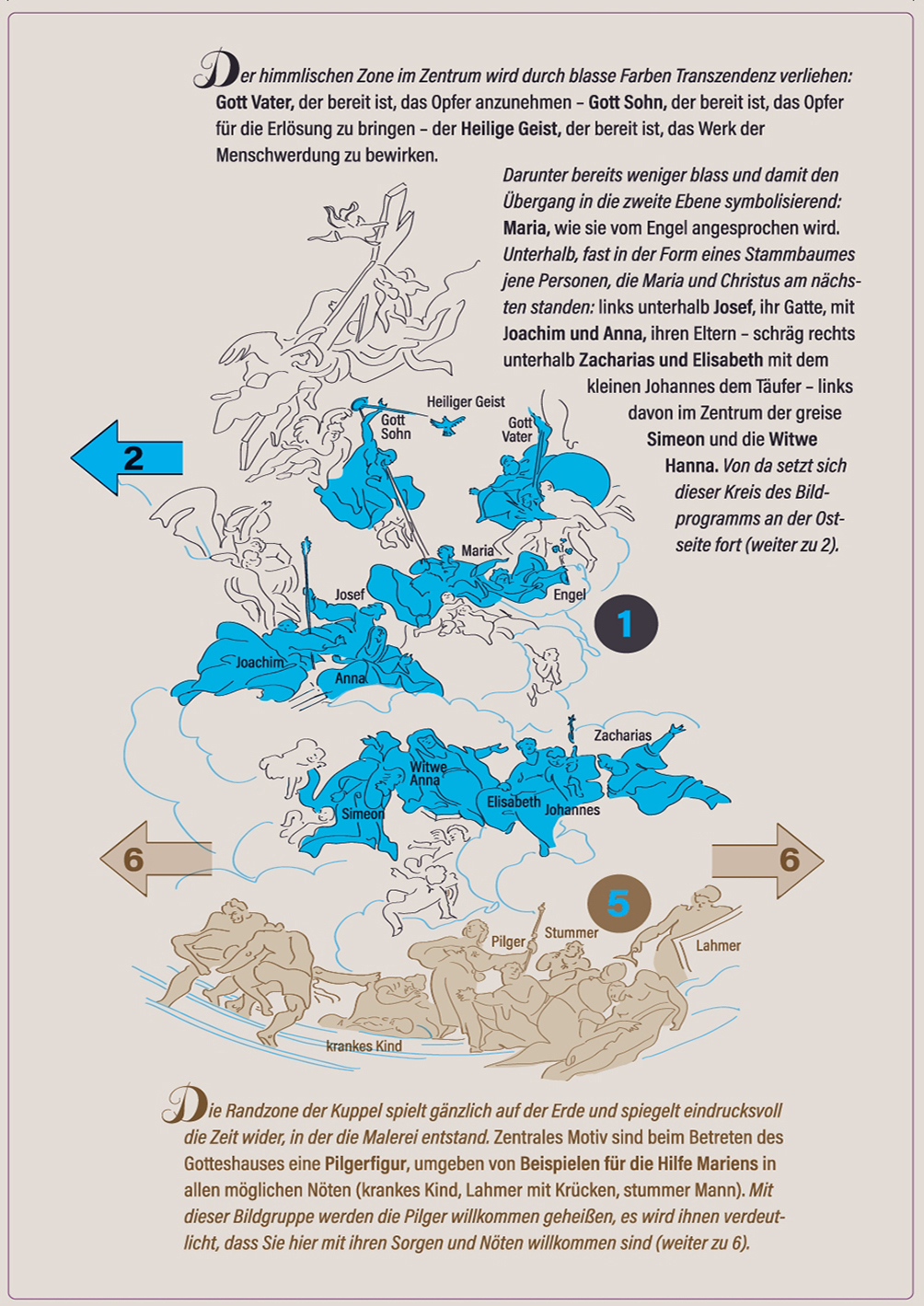 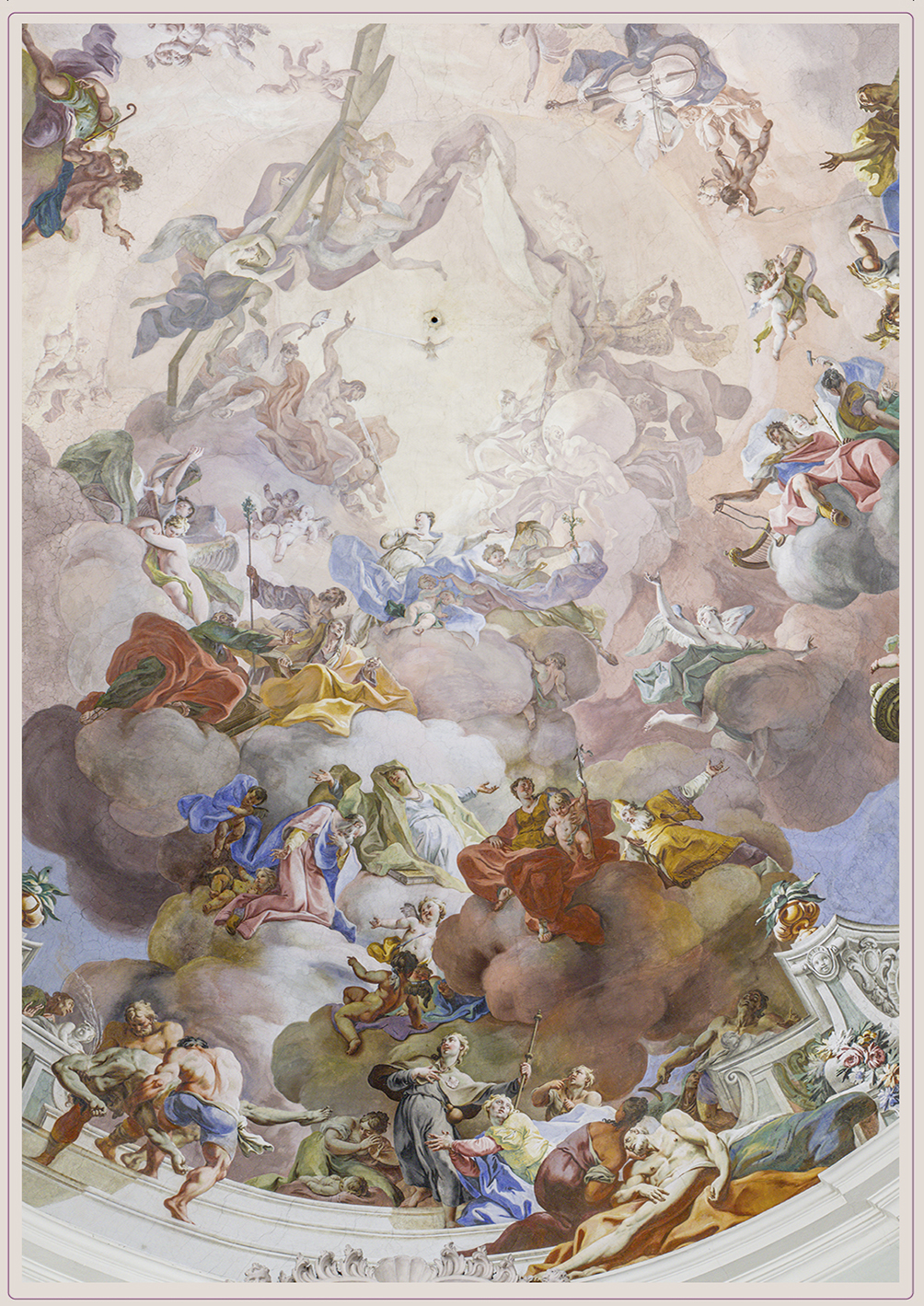 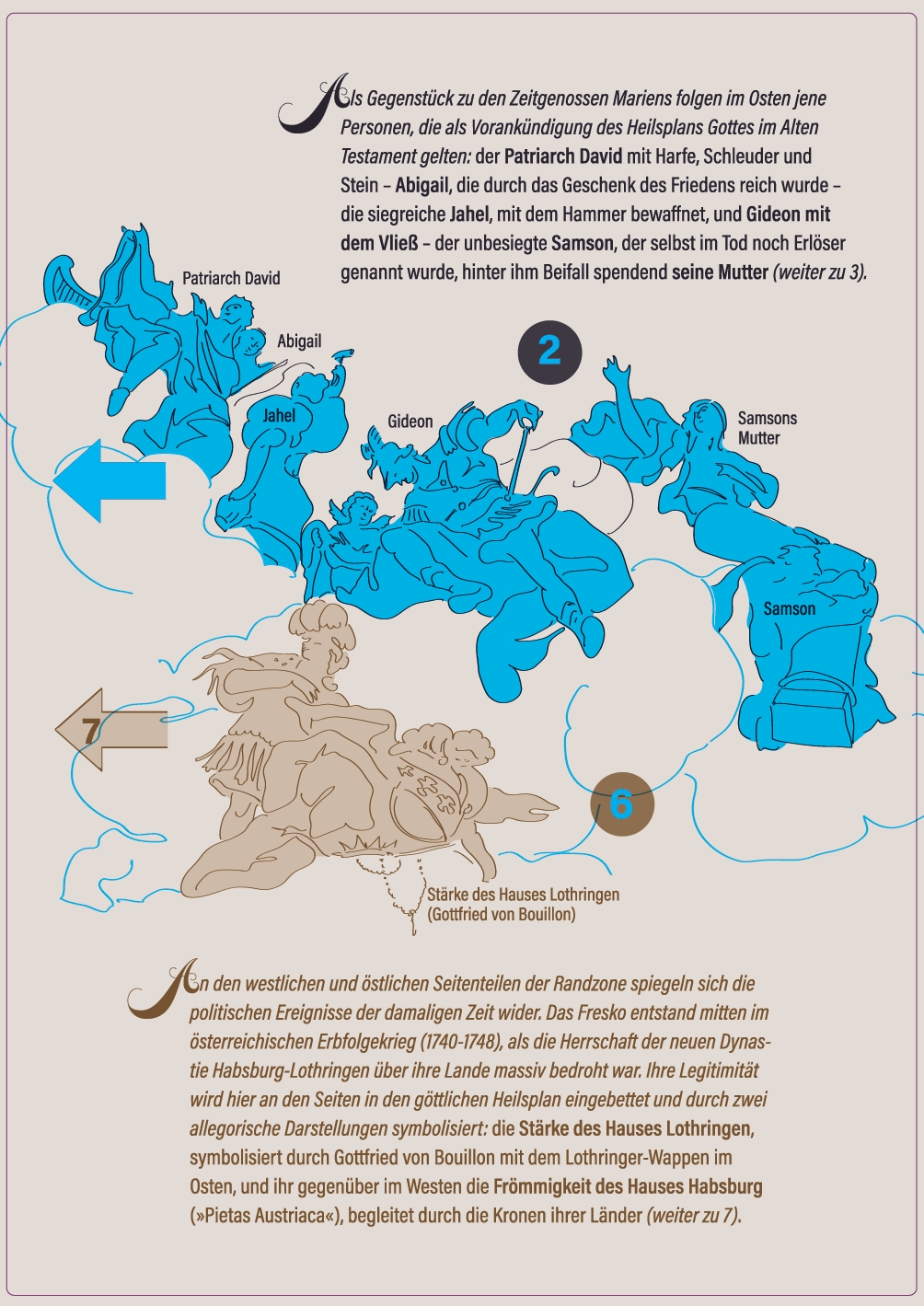 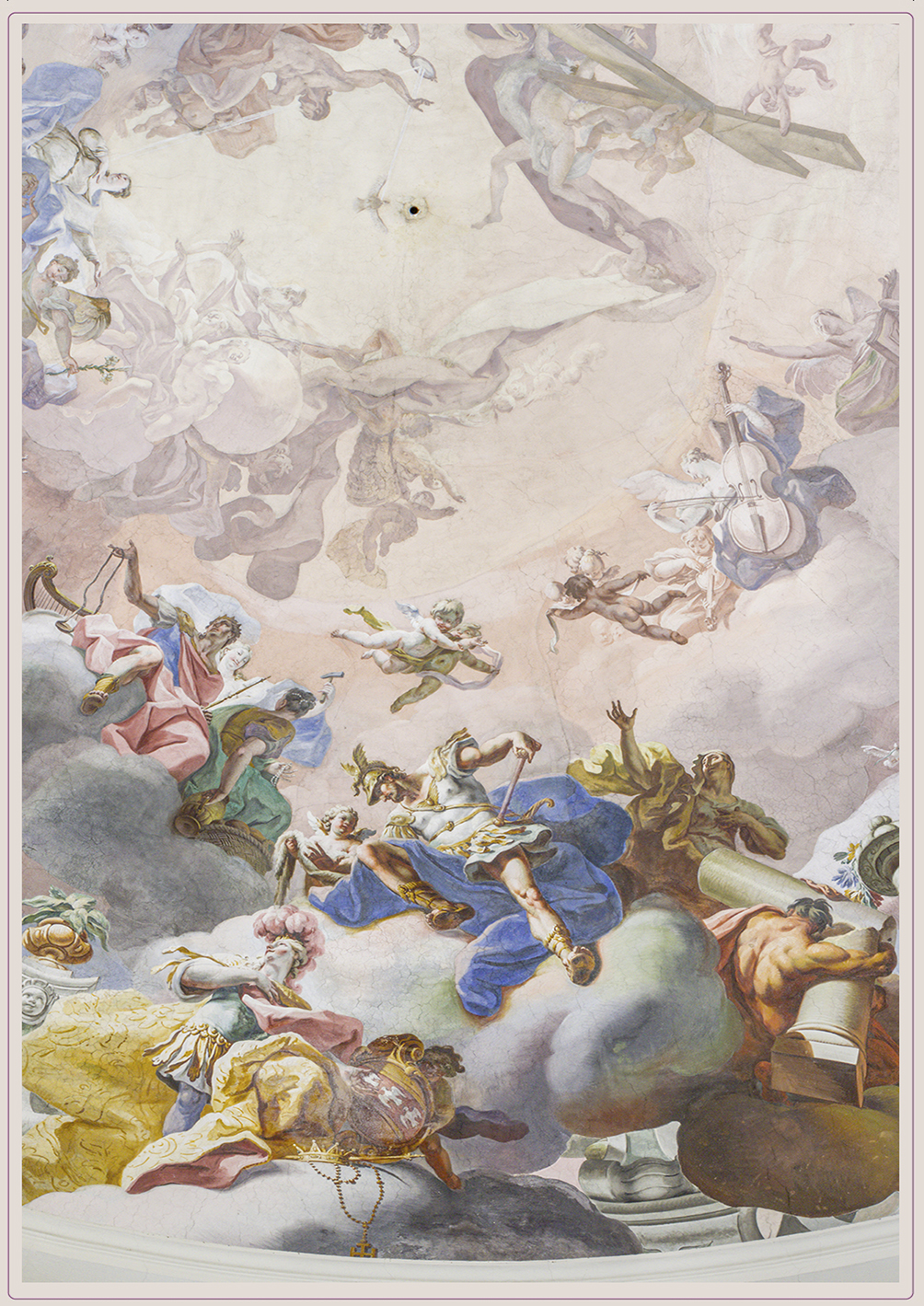 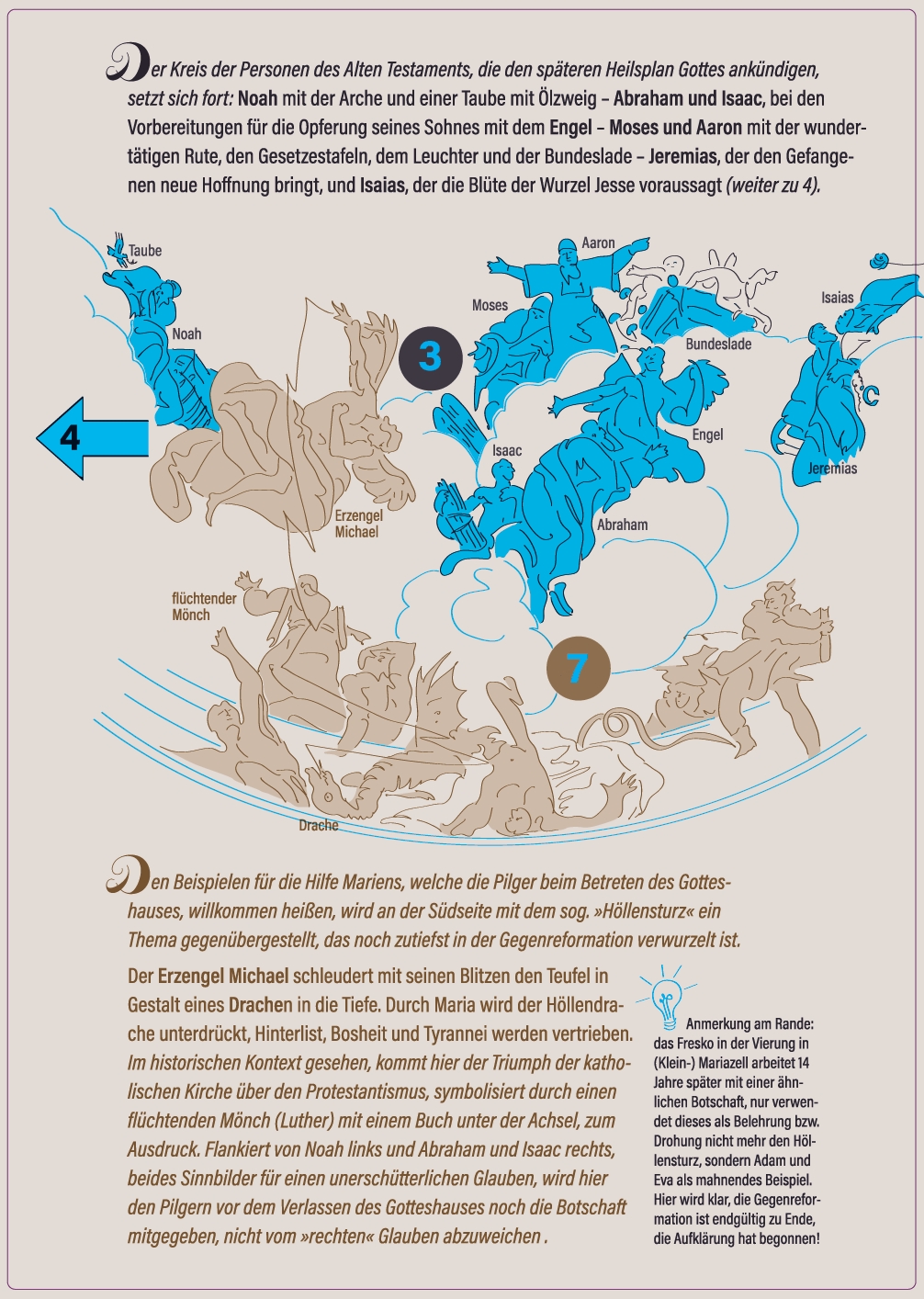 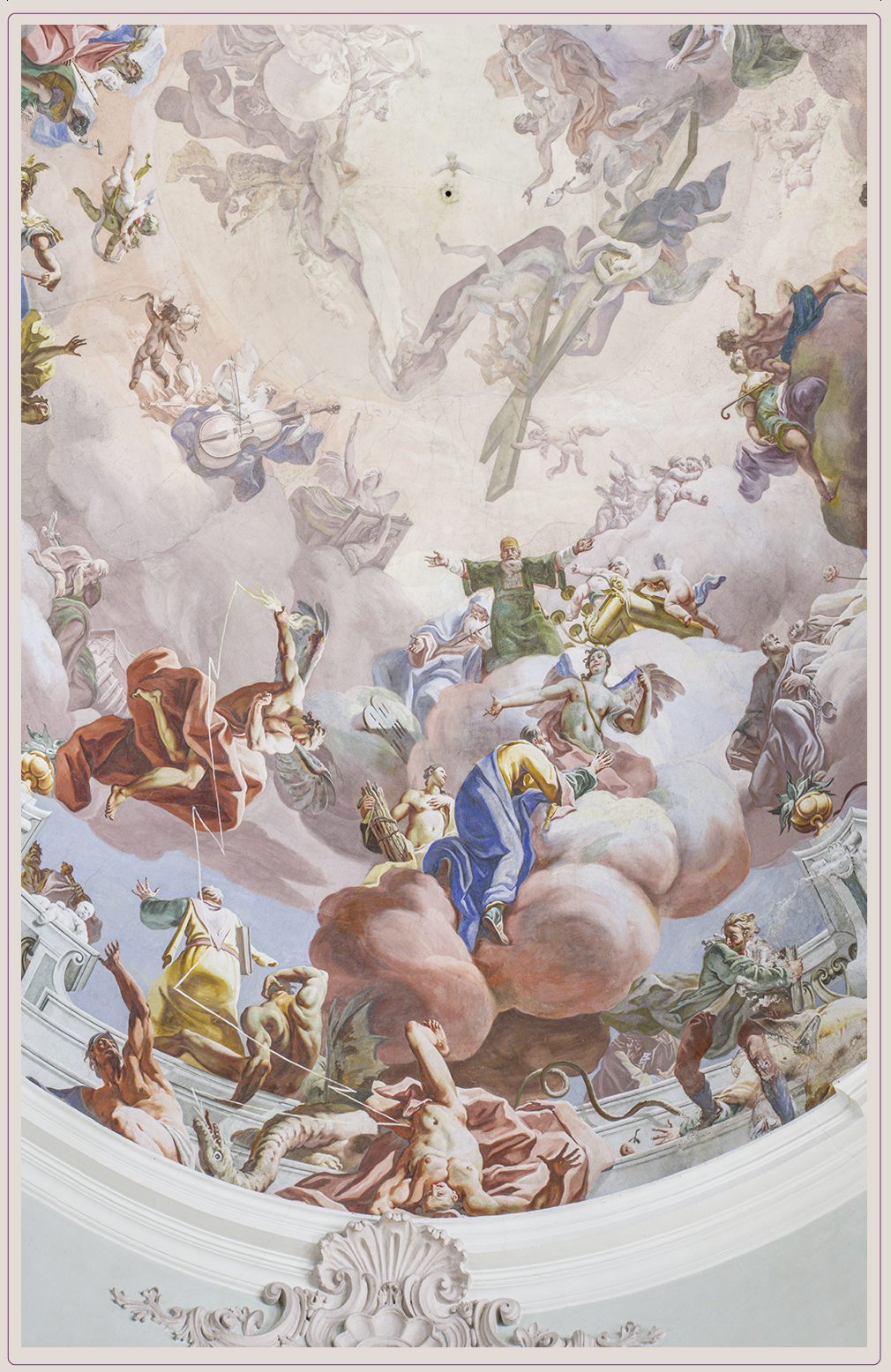 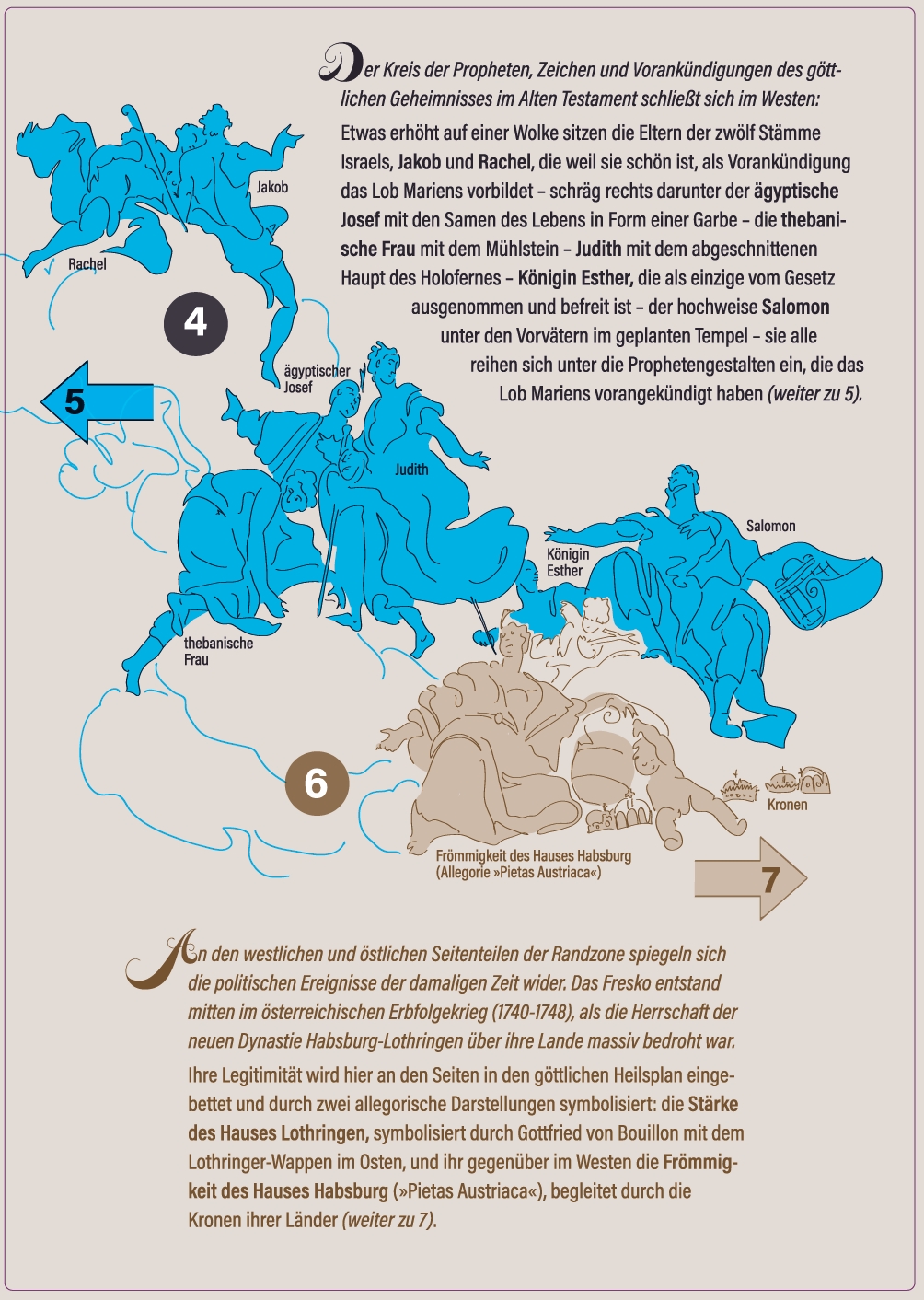 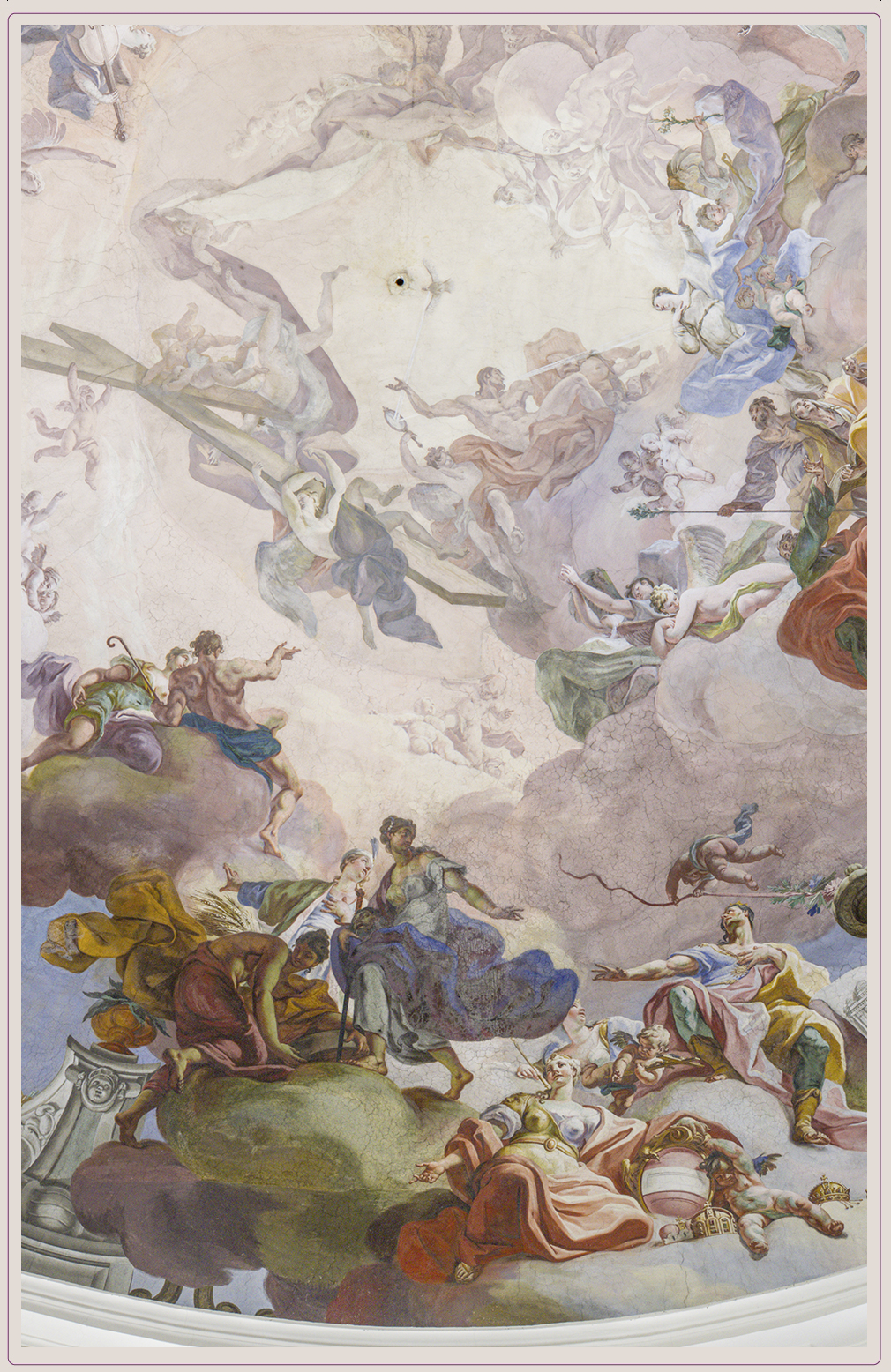